Kill The President! – “Aftermath” out now! 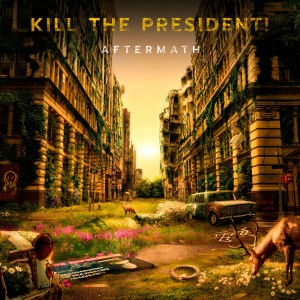 This one’s a must have for all the skatepunk lovers! Sounds like Belvedere, A Wilhelm Scream, Comeback Kid, Strike Anywhere and Good Riddance!

Vinyl has already arrived and is available at the store. CD’s are expected half December! Curious what this awesomeness sounds like? Then tune in here

Smashed Out – “Let’s Talk About Ceilings” out now! 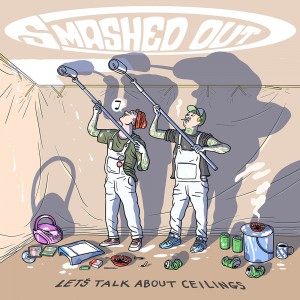 2022 celebrates the ten year anniversary of Northern-Netherlands based punk rockers Smashed Out (previously known as Shit Hits The Fan). Their second full-length album was recorded on various occasions between 2016 and 2019, but never saw the light of day because of other projects and studies going on. Now finally the time has come to put out ten “brand new” punk rock songs crafted with loads of love!

So what’s this like? Fast and catchy, typical Southern-California melodic 90’s skatepunk. Highly recommended for fans of Pennywise, The Offspring, SNFU, Guttermouth and RKL. This shredder can be yours for €4,95 at our store or check it out here 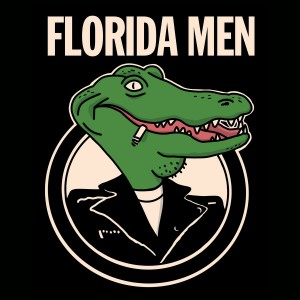 What to expect? Short, straightforward and highly catchy poppy punk rock songs that clearly draw influence from bands such as Ramones, Screeching Weasel, Descendents, Teenage Bottlerocket and so forth! Perfect for people with a short attention span and a hunger for melody driven punk!

The band’s self-titled debut album consisting of 12 songs in 18 minutes is up for grabs now! The CD is yours for only €4,95 at our store or listen to the banger first here. 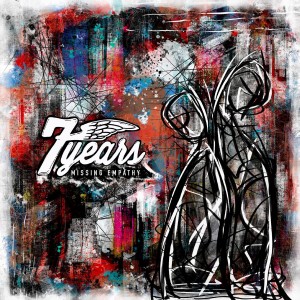 7 Years from Italy are no strangers to the European punk rock scene! Their brand new album “Missing Empathy” is a next step up in mixing technical skatepunk with various hook-driven melodic punk rock styles, while lyrically giving you a sense of urgency at the same time!

For fans of Lagwagon, No Use For A Name, Belvedere and Strung Out!

Vinyl for this release might come this year if the factories see fit. However, CDs can already be sent your way for €7,95 at our store… or check it out first here.

Steele Justice – “The Way The Cookie Crumbles” out now! 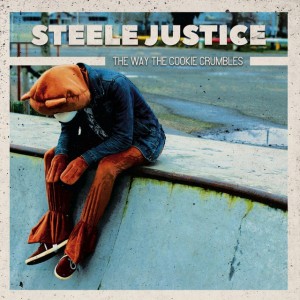 Belgian punk rockers Steele Justice are back with a banger! Their latest full-length “The Way The Cookie Crumbles” is a must have for anyone into the typical 90’s Epitaph / Fat Wreck Chords style. Add a bit of harsher vocal magic from the 00’s melodic hardcore as made by Strike Anywhere, Comeback Kid and Death By Stereo.. and voila!

Shame on you if this record isn’t in your record collection already! But if that’s the case maybe we’re a bit to blame as well, since the vinyl will hopefully be coming soon! CD’s are available already for €7,95 at our store or check it out first here. 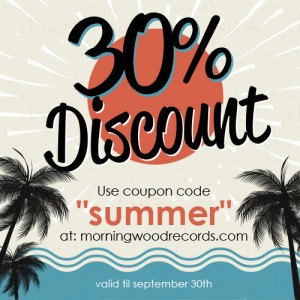 Guess what? Summer’s back! Well, if you live in the northern hemisphere at least. To celebrate what should be everyone’s favorite season of the year we’re offering a 30% discount on your entire order again!

Head over to our webstore and use coupon code “summer” to collect that discount. It’s valid until september 30th, so you have a bit of time to make up your mind how much stuff you want to grab.