Kill The President’s “Citizens” CD back in stock! 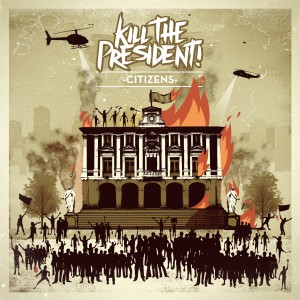 Due to popular demand, we’ve put out Kill The President‘s 2013 EP “Citizens” on CD again! You can order the brand new jewelcase version for €4,95 here.

The first edition of “Citizens” was released by Morning Wood Records (The Netherlands), Bird Attack Records (United States) and Eating Shit Records (Spain) in July of 2015, but sold out within half a year. Kill The President! is currently working on a follow-up EP to “Citizens”, which is expected to be released in the Spring/Summer of 2016.