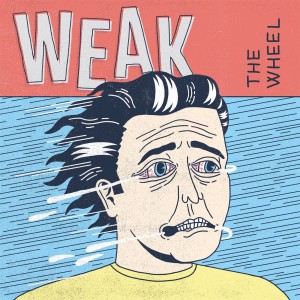 WEAK is born at the beginning of the year 2018. It’s members: Fon (La Agonia De Vivir), Tote, Fangui and Merida come from bands as stylistically diverse as Wild Animals, Enoch Ardon, Ulises Lima, The Attack of the Brain Eaters or Acid Mess. Having said this, this new band’s concept and vision has been crystal clear from the outset: 90s melodic punk rock in the mould of NOFX, Lagwagon, Good Riddance etc. Catch them at a gig in Europe this summer!

The band’s debut EP “The Wheel” is out on 12″ now and available at the store. Grab those streams and downloads here! 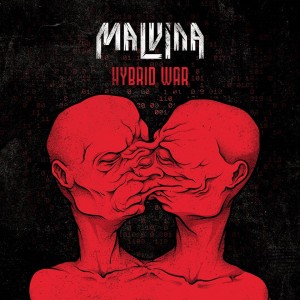 Snag the entire album on 12″ black vinyl for just €11,95 at the store. Streams and downloads are up here! 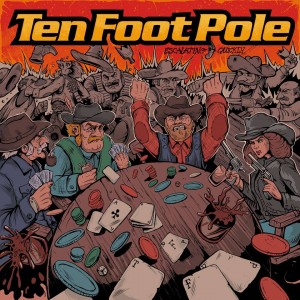 Yes! We’re getting closer to the release day of Ten Foot Pole‘s upcoming album “Escalating Quickly”, first featuring new songs since 2004! Pre-orders are up now and these are the spices we got for you:

And if that’s not enough, two songs are available for streaming already, so head over here to check what Ten Foot Pole’s got in store for you! 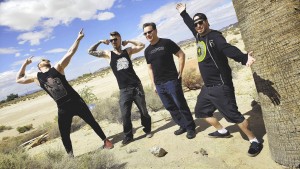 Beyond stoked to announce Ten Foot Pole will be releasing their upcoming album in Europe through Morning Wood Records! Frontman Dennis Jagard teamed up with renowned producer Ryan Greene (NOFX, No Use For A Name, Lagwagon) for the recording of what will be Ten Foot Pole’s 8th studio album, and first including fully new material since 2004’s “Subliminable Messages”. More details and pre-order info coming very soon!

Blowfuse, the best 90’s skatepunk band that didn’t even exist back then has returned after five years of musical silence! “Daily Ritual” contains eleven ridiculously good songs full of catchy hooks, in-your-face punk rock, funky grooves and much more! Best release of 2019 by far. Also, be sure to catch them at Brakrock, Barna ‘n’ Roll and many more to be confirmed European festivals this summer!

So what are you waiting for? CDs and vinyl are up in the store. And even though it’s not very 90’s, you can stream the entire album here!

“They Came From Faster Space” by Symphony Of Distraction / 69 Enfermos out now! 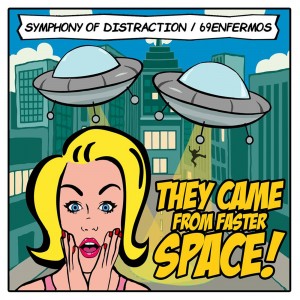 Symphony Of Distraction (USA) and 69 Enfermos (Brazil) teamed up for a split album full of fast melodic punk rock songs you wouldn’t believe existed! Aptly titled “They Came From Faster Space”, this ten track album leaves you no way to escape the punk rock invasion.

Resistance is futile. Buy the CD for €4,95 at the store now or die a gruesome death with no skatepunk music to keep you company. If you’re a believer already, check out the entire thing here!