Californian punk rock never disappoints, that’s why it was about time we got our hands on a band from California that definitely has its roots in the right place and know how to make some amazing melodic punk rock. Ladies and gentlemen, please welcome Dearly Divided to the Morning Wood Records club! 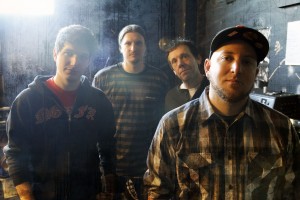 Dearly Divided digitally released their full-length album “Dearly Divided” in 2014. And all good things in life come physically, so we’re stoked to announce that we’ll be releasing the album on CD in late February/March. The band’s own record label 45th Parallel Records will take care of the release in the USA and Morning Wood Records is your platform in Europe. Listen to the album below and get psyched already!

“Dearly Divided” was produced by Ben & Scott (Green Day, Against Me!) at NuTone Studios and was mixed by Sir Michael Rosen (Rancid, AFI, Less Than Jake). The album was received very well and even finished #7 at the top 100 albums of 2014 by the punk rock/skatepunk E-zine We Live In Hell.