95-C, your favorite punk rock band from Chamonix, France are releasing their upcoming album ‘Homeward Bound’ next month. The band told us that there is some delay at the factory, so it’s not certain yet when you can order a copy from the Morning Wood Records store. Don’t worry, we’ll keep you updated!

Besides that, 95-C also posted two songs from ‘Homeward Bound’, which can be listened at the band’s Bandcamp page. But the fun isn’t over yet! In support of the release they will do an European tour from September 5th to September 20th. Check them out when the fine lads cross your hometown! 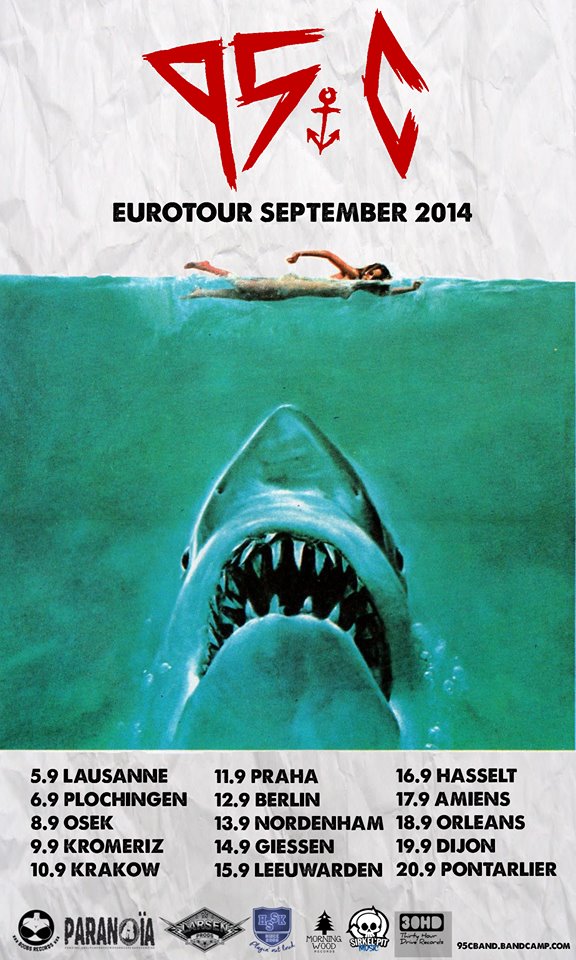 The Dutch release show of ‘Homeward Bound’ is at Café Mukkes, Leeuwarden on September 15th, along with fellow labelmates Shit Hits The Fan, 10 To Go and Suburgent. The latter band will be playing their first show this evening!