While Straightline is about to kick off their South-America tour with Satanic Surfers, there’s something special happening in Europe as well. The “Final Redemption” CD we put out earlier this year has completely SOLD OUT, and that’s why a reissue has been released today.

The cherry on the cake however is that “No Way Out!” has also been reissued on CD through Morning Wood Reco
rds. This album was released earlier this year on Last Exit Music, but is sold out as well. That’s why you can now order the Morning Wood Records version of “No Way Out!” and possibly find it in a record store near you too.  Get some! 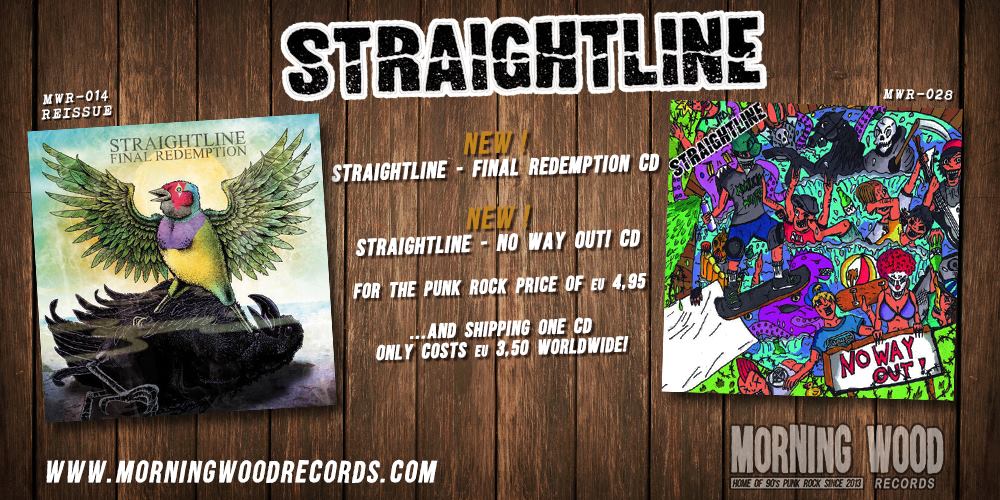 Straightline – “Final Redemption” – Order at the webstore for €4,95!